shows to maybe watch update: in brief (lol but so long though)

I'm going to try a new thing where I give a bunch of shows I've been watching mini-reviews, all in one post. ENJOY IT.

Guys with Kids has gone to safe gender stereotypes for the most recent episode, with Marny desperately wanting a girl so she can treat her like a doll. It's still fun? I still really like the friendships? I kind of think this show has potential? Make your own choices here. I really can't tell you what to do.

If you're looking for a fun, occasionally offensive teen show, Awkward. has been an enjoyable run. I identify a little too strongly with Jenna, especially in the most recent episode, The Other Shoe, where she can't be happy because she's convinced that something has to go wrong. Oh, Jenna. Stop being someone I can identify with really strongly. Or a human Daria.


Speaking of things that are back and g.d. amazing, Scandal is finally back on the air and I have to say, Shonda Rhimes, I love you. You are killing it. The story of a genius political savior, sweeping problems so far under the rug that in a few cases both the problem and rug cease to exist, made a strong second-season opener with QUITE the plot twist. Who is Olivia Pope, really, and why does she do what she does? I DON'T KNOW but I definitely need to. You should be watching this show. Go watch it. Watch the whole thing. I don't care if you have other things to do. This show needs you and you need it. Parks and Rec is having a sort of slow start, but the cast is still as solid as ever, so there's always the pull of April, Tom and Donna. I mean, everyone on that show is awesome, but those three are probably my favorites. Except for Jean-Ralphio. But then, he's basically my favorite human. I don't care that he's a fictional character. He's still my favorite human. 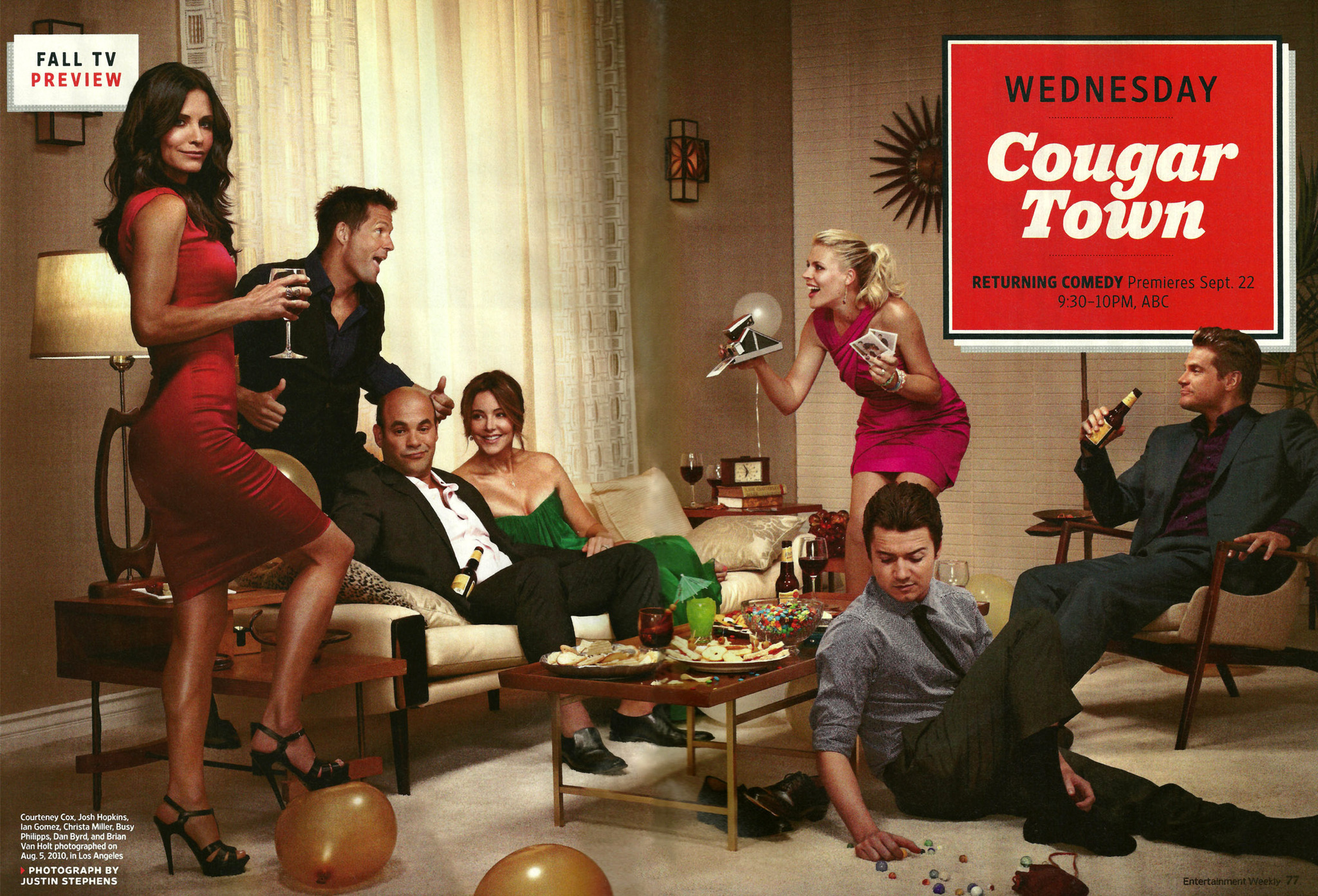 You know what you should give a chance this season? Cougar Town. Abed (Community) was totally not wrong when he named it his favorite show and one of the best comedies that nobody's watching. I tried the pilot when it first came out, I think, and wasn't impressed, but I got pulled back in after Danny Pudi made a guest appearance as Abed-being-a-walk-on-extra. It's probably the best crossover joke I have ever seen.


This actually should give you a good sense of the level of seriousness with which the show takes itself (hint: next to none) and the wackballs comedy they go for. There's also a great episode in which Jules reels from the tragic demise of one of her best friends, Big Joe.

Seriously, watch this show. Watch it.

Shockingly, Glee is not sucking this season. It's had sort of a return to form this season, with Rachel and Kurt going to college and Rachel becoming... likable.... and someone I would be friends with... and a lot more self-aware and less self-important. It confuses me. I'm mad though, because while they're being pretty accurate about what happens to high school relationships when you go to college, that means that Brittany and Santana are probably going to break up, and I might cry if/when that happens. Do not judge me. 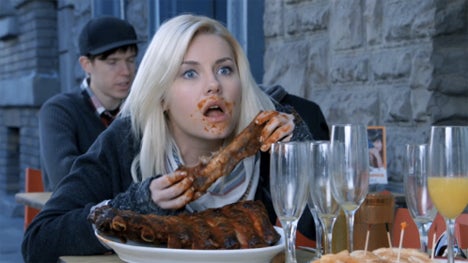 We are only 18 days from the next season of Happy Endings. Praise be to blog.

New Girl is dancing dangerously close to having Nick and Jess hook up, and I can't decide if the writers over there are good enough to pull off satisfying one of the big sources of tension on the show, a la Logan and Veronica, or Castle and Beckett, or if it will go more the route of Jim and Pam, where once the main tension is relieved, they aren't really sure what to do and the show shrinks rapidly without the elephant in the room. I have high hopes for it, largely because it's an ensemble cast (as are pretty much all of the shows I'm into right now. Take notes, Hollywood), and it's succeeded with some very weird or lame episode premises so far.

I tried with The New Normal, and I really wanted to like it, but you know what, trying to make me laugh at hilarious racist jokes (/sarcasm) is just not happening. My roommate and I tried to watch the third or so episode together, and about 7 minutes in, she was saying, "Are we really watching this? Are you serious?" and I was saying, "I really wanted this to be good" in a plaintive tone. At about 10-11 minutes in, I had to turn it off. It's really terrible. It's pretty much the worst show. Here's the thing: you can have a show that highlights how awful someone is that is good (fans of the British version of the Office know this), but you can't have a show that tries to make someone relatable through their awfulness (as in, "Oh man! You and I just told the same terrible racist joke at the same racist time! Cue the cute smiles and heartwarmy music sounds!" <--- THIS ACTUALLY HAPPENED ON THE NEW NORMAL). It's terrible. Don't waste your time. There are plenty of other shows that have gay characters that you should give your time to over this one.

I've also been watching Go On, and it's actually wonderful. You should watch it. Trust me on this one. It manages to be sweet and lesson-y without being saccharine and preachy, which is impressive. This is an example of like, self-involved-semi-terrible-person-making-for-good-TV. Matthew Perry is both as egotistical as you would want him to be and as emotionally damaged as anyone could hope for, and his group therapy group is full of weirdos, and you know what, I don't know, just go watch it. If you're sorry, I'll give you half an hour of your life back by making you quit smoking or something. There you go.